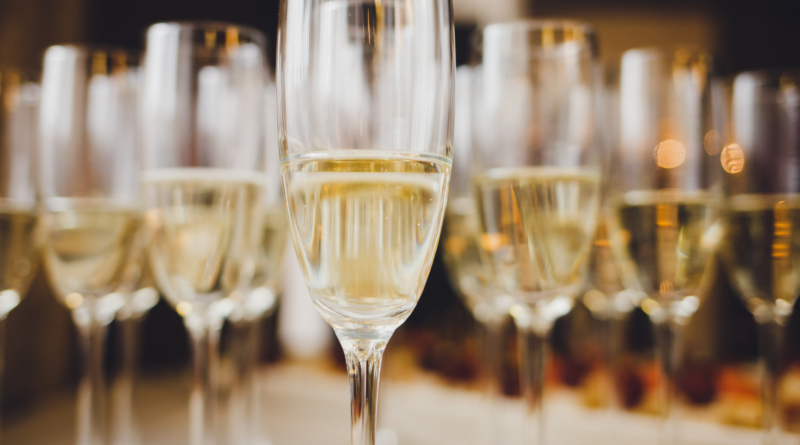 Sparkling wine is one drink that goes well with any event. Whether you are out celebrating the arrival of a new year, enjoying an intimate evening with that special someone, or catching up with friends and family after a while, sparkling wine is the perfect beverage to complement the occasion.

Popular around the globe with different regions having their own unique varieties, it is known for the dancing bubbles that float near the surface every time you pour a glass. Strangely though, sparkling wine tends to be overshadowed by Champagne when it comes to celebratory drinks. However, that does not mean it isn’t worth toasting.

Get to know about the various exciting varieties of sparkling wine and the places they originate from. From Spanish Cava and German Sekt to French Crémant and Italian Prosecco, the list includes some of the finest non-champagne sparkling wines. But first, let’s take a look at how this wonderful wine is made.

Sparkling wine is produced in a certain way to get those bubbles that everyone loves. In general, there are two fermentation processes that all sparkling wine varieties are put through. The first one, which produces the bubbles, is pretty much the same for all types. It’s the second that differentiates them.
There are numerous ways of producing sparkling wine, but the two most commonly in use are the “traditional method” and the “tank method.”

In the traditional (classic) method, the second fermentation procedure takes place in a bottle. This is where yeast and sugar are added to the concoction as well. The bubbles produced as a result are smaller, which is why this method is also used in the preparation of champagne.

The second fermentation process in the tank (Charmat) method is carried out in a large tank of steel. This results in the creation of bigger bubbles which are usually found in Prosecco and some other varieties of sparkling wine.

Knowing where your sparkling wine is coming from will help you understand the flavor profiles and what to expect when you’re drinking them.

Named after the Italian village where it originates, Prosecco comes in different forms. However, the wine is known primarily for its sparkling variety and is usually sweeter than others. Prosecco uses Glera grapes. Other grapes are allowed in smaller quantities, including chardonnay and pinot noir, two of the main grapes of Champagne. The second fermentation process uses the tank method. As a result, Prosecco has larger bubbles than wines like Champagne. Prosecco is a fantastic addition to cocktails and a great substitution when champagne is called for in a drink recipe.

Given its versatility, Champagne goes well with almost anything from breakfast foods, seafood, fine dining dishes, and appetizers. The wine has relatively small bubbles that give you a fruity, but not exactly sweet taste. In so many places around the world, champagne is the drink of choice for all of life’s celebrations.

Cava is native to the region of Catalonia, Spain. It is manufactured through the traditional method using Macabeo, a Spanish grape variety that gives a lemony flavor. Other kinds of grapes that may be used include Parellada and Xarello. They both have a floral aroma.

Compared to other sparkling wines on this list, Germany’s very own Sekt is low on sweetness and alcohol concentration (around 6%). Sekt has a natural fruitiness, acidity, and floral aroma that is fast becoming popular in other parts of the world, too. Both traditional and tank methods are used when producing this variety of sparkling wines.

Crémant is produced in various areas of France, including Loire, Limoux, and Burgundy. The wine is made by using the same traditional method employed in the production of champagne. The flavor depends on the grape variety used, but the taste is usually nutty and creamy.

Lambrusco is a slightly sparkling red wine produced in Italy, dating back to Etruscan and Roman times. Usually a sweet sparkling wine, Lambrusco is also the name of the grape used to produce the wine. There are more than 60 varieties of the grape, although it’s usually produced from just six grape varieties. Lambrusco goes really well with appetizers or even dessert and is a great way to start a toast at the beginning of the night!

Sparkling wine is often considered the most technically advanced wine in the world mostly because of the different fermentation processes used. All through the winemaking process, the producer has various choices that can impact the final taste. This is precisely how the world has come to know so many varieties of sparkling wine.